5 Authors Whose Work is Darker Than You Thought

From terrible regrets to deep hatred and prejudice… what inner darkness gets betrayed in the work of these writers?

The other day, I was chatting with a friend of mine about how I like to keep my writing at face value. I don’t try to inject much deeper meaning behind my plots and characters. For one thing, I don’t personally read like that, and I don’t encourage it in my own readers, either. Stories are there to be enjoyed and to entertain, not to be analysed so hard that you take away the fun (and the fiction!) A sentiment I upheld even from my GCSE English days — did you ever feel like you were putting more thought into the book than the author?

Others have analysed the work of some much-loved authors and discovered that their work – some of which is already pretty dark – was actually channelling some dark inner feelings. I have put together a list of five; a couple on here won’t surprise you, while others – I hope – will shock you!

Anyone read the Millennium books? The Girl with the Dragon Tattoo and its sequels. They were authored by a Swedish journalist by the name of Stieg Larsson, and published after his death in 2004. If you’ve read or even heard of the series, you will know that they deal with rather extreme themes, one of which is abuse and hatred against women. Most notably, sexual abuse, as is inflicted on Lisbeth Salander in The Girl with the Dragon Tattoo by her guardian, Nils Bjurman.

The character of Lisbeth and, by extension, the prevalence of the sexual violence theme, was inspired by Larsson’s own regret and inability to forgive himself for failing to intervene during an incident when he was 15. When he witnessed three of his friends gang-raping a girl, after whom he named his heroine. He reportedly approached the victim days after the ordeal, begging for her forgiveness, which, rightfully, she did not give him. Lisbeth Salander is the manifestation of Larsson’s guilt and his past haunting him. 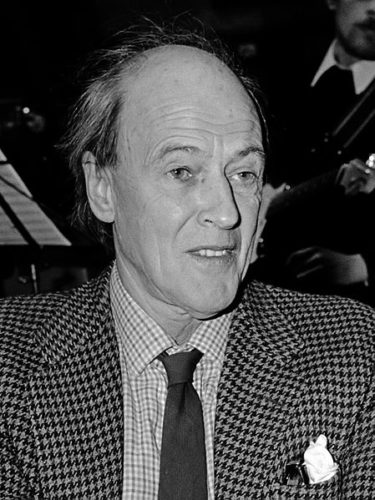 What dark recesses did Roald Dahl channel in creating his universally-loved stories?

I bet you think I must be joking. One of the world’s best-loved children’s authors? I was surprised too, but if you look over Roald Dahl’s work again, you will note there is actually some pretty dark stuff there. A lot of children punishing adults, which oddly enough – albeit inadvertently – is also present in the upcoming Berylford book, Sin & Secrecy. For example, we see James in James and the Giant Peach at the mercy of his cruel and abusive aunts, but he later kills them on the titular giant peach, before going on his adventure with his new, contrastingly loving friends.

But where did this all stem from? The macabre nature of his plots and his making villains out of adults is thought to have been inspired from Dahl’s early childhood. He lost his father when he was only three, as well as his sister, and was soon sent away to boarding school, where he suffered at the hands of the teachers’ brutality.

James and the Giant Peach also contains aspects of profanity and even racism, betraying some of Dahl’s worst faults. He was, by all accounts, not a particularly nice man. Numerous infidelities, not to mention a self-confessed anti-Semite. He was once quoted to have said, “…even a stinker like Hitler didn’t just pick on [the Jews] for no reason.”

You can learn more about the darkness behind Roald Dahl in these articles here and here. 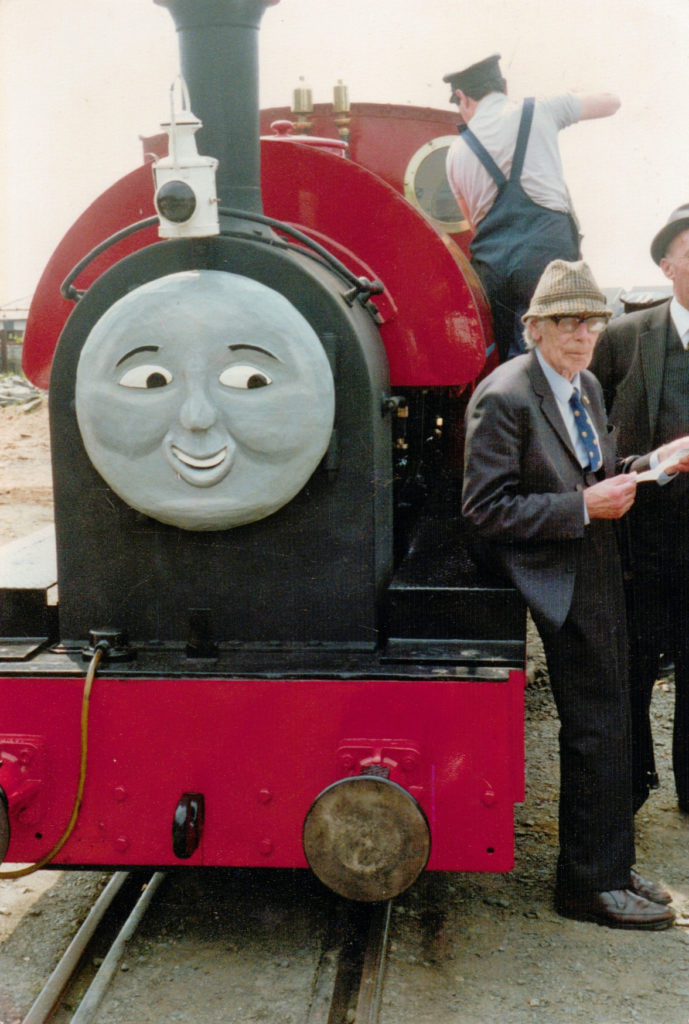 How does Thomas the Tank Engine creator Rev. W. V. Awdry’s relish for punishment come out in his stories?

Any Thomas the Tank Engine fans out there? Prepare yourselves — I’m about to ruin your childhood again. I mean, what can possibly be dark about a series of stories about anthropomorphic trains? A lot, it turns out — especially when you psychoanalyse the man behind them, the Reverend Wilbert Vere Awdry. Then it shows off the Isle of Sodor at its most tyrannical, governed by a severe, punitive, authoritarian regime that Awdry personally endorsed.

The example I have seen given by a lot of critics and academics is the story in which Henry, afraid that the rain will spoil his paintwork, refuses to come out a tunnel. Disrupting the day’s workflow as a result, and of course, angering the Fat Controller. What is the Rev. Awdry’s ideal punishment for not doing as you’re told? In Henry’s case, life imprisonment. He has his rails removed and the tunnel in which he is sitting is bricked up, to be left there, “for always and always.” Ouch…

Many argue that the brutality of such punishments were the Reverend’s way of emphasising what lay in store for anyone who strayed from the straight-and-narrow.

Read a little more about it in this article here.

Another childhood favourite – The Wind in the Willows. A pretty little story celebrating nature? Or a form of escapism for the author?

Like Roald Dahl, the early life of The Wind in the Willows author Kenneth Grahame was marred by sadness and grief.

He was a great nature-lover, as it might not be too hard to discern from his work. But the reason why he, in his own words, “like[d] most of [his] friends among the animals more than [he] like[d] most of [his] friends among mankind…” was in light of a turbulent childhood and subsequent family life. His father was an alcoholic and his mother died young.

Grief inspired his imaginary natural idyll with picnicking moles and water rats, furthered by his failed marriage and the suicide of his son Alastair. A form of escapism to a much happier, fantasy world.

And you can find out more about Kenneth Grahame in this article.

Author of Where the Wild Things Are Maurice Sendak grew up in Brooklyn, and fans of the story may already know that it is a self-expression of his early life experiences. And his relationships with the adults in his life. Even the title is a homage to what his mother used to call him. “Vilde chaya,” means, “Wild animal,” in Yiddish, which Sendak’s mother often used to brand him, which in turn inspired the use of the phrase, “Wild thing,” in the book.

Indeed, his mother seems to have cut an ambiguous or in some cases villainous figure in Sendak’s life – being described as, “disturbed, chronically sad and emotionally unavailable.” She and his father were of Polish descent, whose family had endured and, in the case of his father, perished in the Holocaust. Sendak and his mother’s difficulties formed an overall theme in Where the Wild Things Are – it is about a boy who is trying to defeat his inner demons and rectify his relationship with his mother.

Can you find any inner darkness in my work?

Even though I do not promise to confirm or deny anything, I encourage people to read or re-read Lust & Liberty and, once it’s released, Sin & Secrecy. See what meanings and emotions you can read between the lines. Does Lady Vyrrington represent the urge to carry on through one’s grief, blaming oneself all the while. And are Abel and Rebecca Stirkwhistle an allegory for the cold and bullying education system that still exists in the UK today? Like I say, I’m not saying, “Yea,” or, “Nay,” on that score. But it gives you something to think about, and I’d be interested to see what you can suggest.

« Previous post
5 Ways You Can Support Your Creative Friends
Next post »
The Spirit Animal — A Useful Descriptive Device?