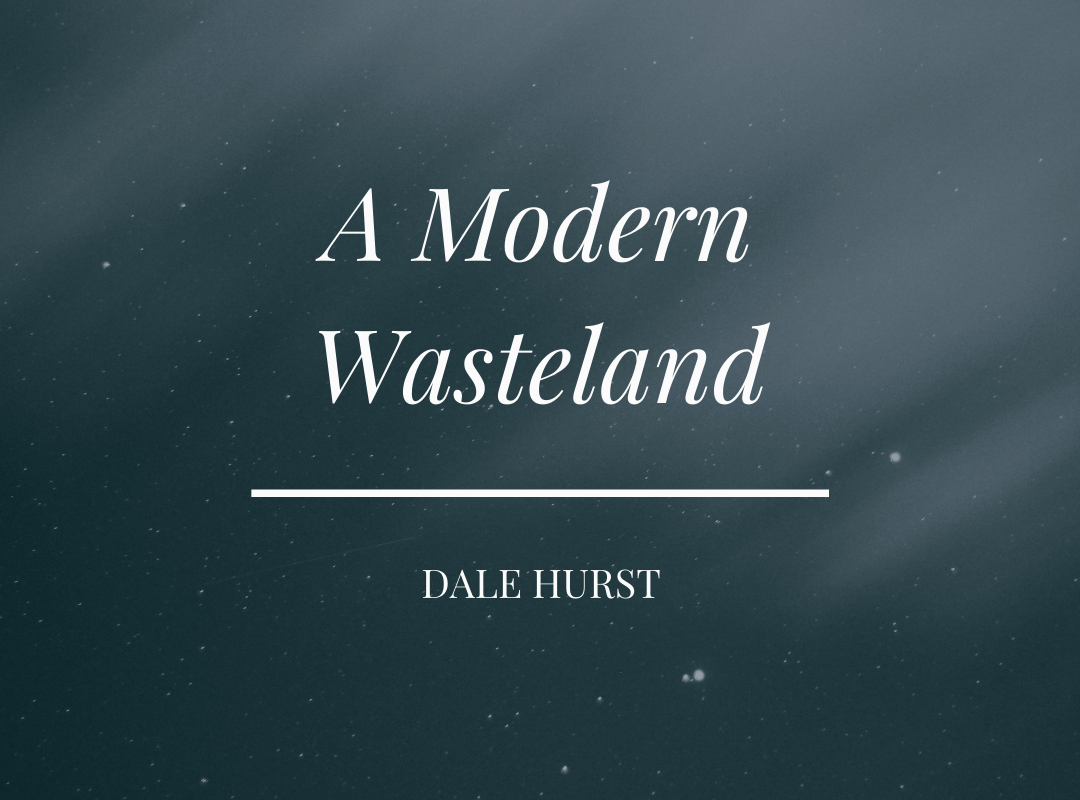 Behind the Writing: “A Modern Wasteland”

Dipped back into poetry for a spell. What started as a uni task turned into something that inspired a full story…

Some of you may have come here by way of Instagram or Facebook, and if that’s the case, then great! Either way, you probably know I’m not normally one for poetry. I was once upon a time, when it was the only real creative writing you got to do in school. But after GCSE English, I was so focused on writing the Berylford books (plus I didn’t do English Literature at A-Level), my love and competence for poetry just vanished. Until now, where I present something I’m calling A Modern Wasteland.

A few weeks ago, as part of my Masters, I was required to read T.S. Eliot’s famous The Waste Land. To sum up a rather complex and important Modernist piece, it is a 434-line blending of various episodes of British society, cultural references and different languages. Furthermore, it is broken up into five sections, each with their own tones, narrators, themes and so on. I do actually urge poetry lovers to give it a go. Its deeper meanings might not be clear from the outset, but isn’t that half the fun? Anyway, we were asked to write versions of our own. And after writing the first segment GIVE NOT WHAT IS HOLY TO DOGS, I enjoyed it so much (and the feedback received), I decided to finish the remaining three.

I. GIVE NOT WHAT IS HOLY TO DOGS

That my father confirmed upon me

That no solace may be taken

In hapless acts of generosity

With the landscape mired in vagrancy

The self-righteous shouting after

The lords and ladies of the land

Who oblige them with little less

Than the silent contempt they deem them due

But never resort to rehome their coins

Stay cold as they pass through.

Are there no prisons? No poorhouses?

The homeless should go there.

If they’d rather die, they’d better do it:

Their fate’s their own affair.

Confer upon them no funds:

No shilling, penny, or pound

For honour is rare in their intentions

Booze and drugs are what’s to be found.

Admittedly, not too many cultural references in there. Two, to be frank, and one is in the title of the segment. Give Not What is Holy to Dogs comes from The Sermon on the Mount — the only part of it that I actually know. And so the three lines that follow it form the titles for the succeeding segments of this poem. The other reference some may know if you’re big fans of Dickens’ A Christmas Carol. Three lines in there that are quite applicable to the attitudes towards the poor and homeless in the UK.

I’m likely to publish the remaining parts on my channels in due course. But the best thing to come out of this, apart from a renewed interest in poetry, is the decision to expand the entire storyline into a prose piece. More likely a short story or novel, rather than a Berylford Scandal-length novel. Tentatively titled Ode of a Godless Man, I may begin work on that in and around my continuation of You Can Hear Chopin from the Attic, and the projects I’ve committed to for uni.

A Christmas Carol A Modern Wasteland Charles Dickens Ode of a Godless Man Sermon on the Mount T.S. Eliot The Waste Land You Can Hear Chopin from the Attic
Share:

Behind the Writing: "A Modern Wasteland" (Part II)

Behind the Writing: "A Modern Wasteland" (Part III)

Behind the Writing: "The Platform"

« Previous post
Behind the Writing: “A Modern Wasteland” (Part II)
Next post »
You Can Hear Chopin from the Attic: The Story So Far