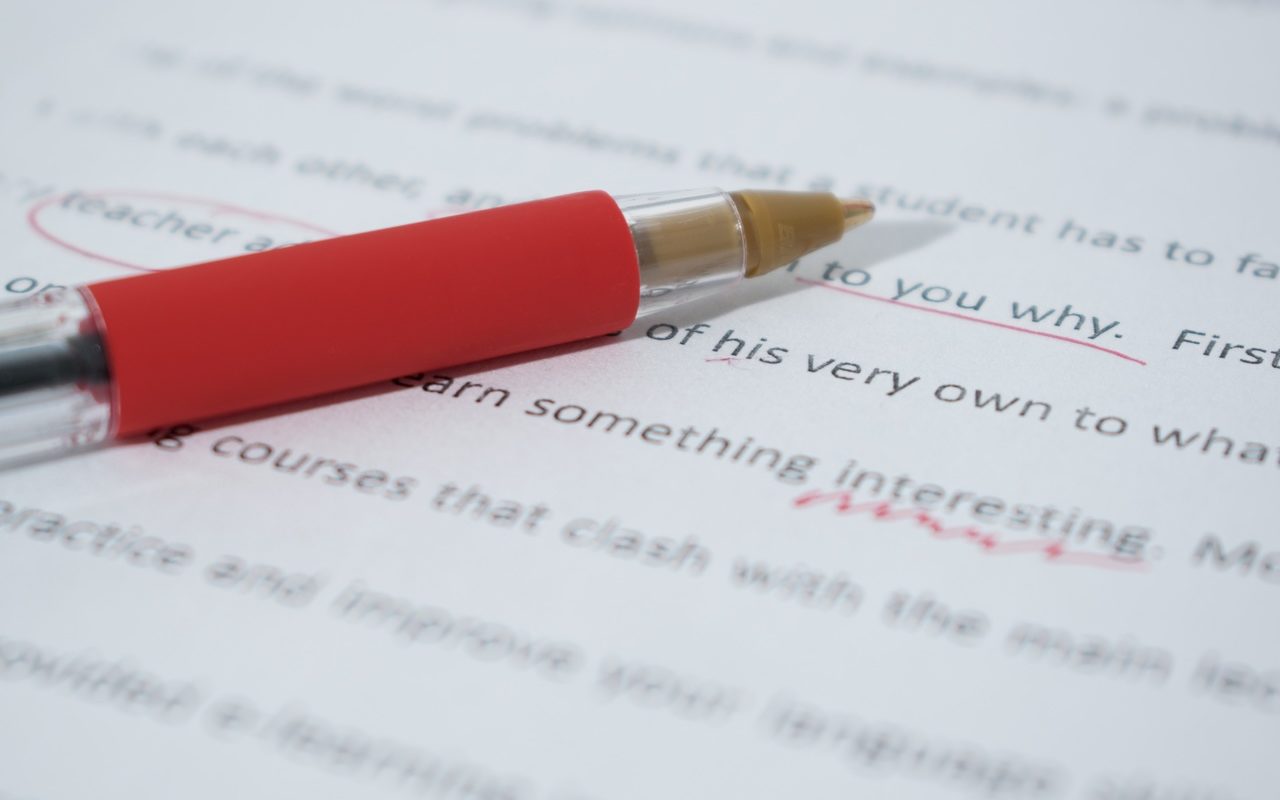 5 Things to Do in Your Final Read-Through

Getting to the end of a project can be exciting, but more often than not, it's not QUITE the end of the job. What are the things you need to look out for when you're doing your final read-through?

If you've been keeping up with the monthly progress reports, you will know that The Berylford Scandals: Sin & Secrecy draws ever nearer. At the moment, I have the final read-through in my mind. It's exciting, of course, but the job isn't quite finished yet. Reading a 700-page book from cover to cover with a deadline is a rather arduous task, as a matter of fact. It might be the most important read-through of your work that you do, so you have to take it seriously. And go in with a little checklist. I've listed below the five points I'm personally going to keep in mind. They're all good pieces of advice for other new authors.

It's lovely, working with language. Especially when you come up with a phrase or two that sound really beautiful and profound that you've never heard or read anyone else use! What you have to be careful of is then over-using it. And when you're writing something long-form over a series of many months or years, it's not always easy to keep track. My advice? As soon as you notice a phrase you feel you've used more than once, keep a tally of it all the way to the end of the work. What counts as "too much" is a matter of taste, I guess. My limit over the course of 700 pages is going to be four times. Once you hit that mark, start thinking of other phrases that don't diminish the meaning.

2. Get Rid of Stale Verbs, Nouns and Adjectives

This follows on from Point 1, in the sense that verbs, adjectives and even nouns are easily repeated. Especially if you find some that work really well and are otherwise not commonly-used -- again there's a danger of over-use. Dictionaries and thesauruses are all very well, but I find reading other works - both fiction and non-fiction - are great ways of adding to the vocabulary. I kept a list of new words that I liked while I was reading Les Misérables, which coincided with my final read-through of Lust & Liberty. Where possible and/or appropriate, I added those words into my book. "Citizenry" and "Quixotry" are two that spring to mind right now, but there were many others.

The same goes for Sin & Secrecy, for which I have already started replacing verbs, nouns and adjectives I've discovered while reading Gone with the Wind. "Castigate", "Cavalcade", "Woebegone", "Moue" and "Sartorial" are just a few that have already gone in. Others didn't quite fit, so I'll retain those for future projects.

Anyway, I advise any aspiring writer to be a keen reader - if only for this reason. And keep a list of words that you really like and think would suit your own writing. Saves the work sounding a bit stale.

I remember the first time I found out there had been a typo missed in a copy of Lust & Liberty (and turns out there was two or three!) It was horrifying. As a writer and editor, I should know the difference between "made" and "maid", right? And that's precisely the point -- when it comes to proofing your own work, it's so easy to be complacent. In truth, you shouldn't proof your own work at all, but when budget's a problem, sometimes there's no room for manoeuvre there.

Go into your final read-through with an attitude that all human grammatical errors are possible. Look out for the correct versions of "There", "Their" and "They're", and "To", "Two" and "Too". They are simple mistakes to make, especially when you're on a roll and not necessarily concentrating on the right word. Just eliminate them before you self-publish.

That being said, don't worry too much if one or two do slip your eyes. We live in a world where grammatical and spelling mistakes are just accepted, regardless of how awful they look. Some mistakes go beyond simple grammar; I read a series of adverts on social media pages and websites about a 1920s-themed party just before New Year, in which the writer had said, "19th century fancy dress"! As long as you don't make an error that heinous, I'm sure you can be forgiven.

4. Have You Contradicted Yourself?

Stories are constantly evolving while you're writing them. Neither Lust & Liberty nor Sin & Secrecy have ended quite the way I first planned them. The whole court scene at the end of the first book was never even thought of prior to March 2018, and Jesse Blameford came out of the whole thing alive and well (Spoiler Alert...)

Obviously, changes can get made throughout the story, so you have to make sure that it all makes sense and stays consistent. Don't have a character observe one attitude in one chapter, only to divert to the opposite side later on with no explanation. The same goes for name changes and stuff like that -- ensure all inconsistencies and contradictions are ironed out. Or literary snobs and wannabe critics alike will be on you like a ton of bricks!

5. Have You Tied Up All Loose Ends?

My harshest critic (and also a friend of mine) gave me a piece of feedback about Lust & Liberty when he read the first full draft. That it didn't really have a proper ending and a lot of questions were left unanswered. That was the catalyst for changing Blameford's fate in the novel.

I like a good cliffhanger, myself, but you still need to complete the character arc for that part of the story, whether there's a sequel coming or not. So, when you're doing the final read-through of your work, keep an eye on your main characters' journeys. Always say to yourself, "I've presented a situation for them here; does that get explained or resolved later on?" And if the answer is, "No," you need to do something about it. No one is asking you to add a whole new scene or chapter (unless that's necessary). Just make sure that you don't leave holes in your plot. Again, there may be some mean-spirited and sadistic people in your readership who will take advantage of something like that.

What's in a Name? -- Comments on Complicated Character Names