It's been a bit of a busy month this month. What's been going on with me, writer-wise?

As I told you last month, my main job is Content Editor at HQB Media. Rolling out a wealth of videos, producing podcasts and supervising interns -- this all takes up a lot of my time. Head on over to the website to see the fruits of that labour. I'm on YouTube a fair bit now, too!

But there has been time for working on the books, I'm happy to say. Not as much as I would like, mind you, but that's life!

This is the ever-lengthening sequel to Lust & Liberty. It has been a slog trying to make sense of this part of the novel make credible sense, while also making sure the plot doesn't stop dead. The events I have been revising are very pivotal to the story, so I have had to be careful how much I change. Or it will end up changing the way the rest of the novel pans out.

One major change I have made is the events that lead up to the fate of the book's main anti-hero, Abel Stirkwhistle. Without giving too much away, the amount of enemies he amasses over the course of the novel will bite back. Before, he just gets away with such atrocities time and time again. I thought it would be more dramatic for someone to challenge him. So the pivotal events I was just talking about have to set that up somehow, while not changing too massively.

You Can Hear Chopin from the Attic

My little wartime thriller still sits there waiting for me to finally show it some attention. You Can Hear Chopin from the Attic, as you may remember, is set in 1943 in a Berlin hotel. This novel is -- in my mind, at least -- the one I want to send to agents and publishers. Enter into competitions, that sort of thing. So, research is a top priority.

In these pretentious literary social media accounts I have seen popping up here and there, in which I see a lot of people who claim to know "the rules" of writing a book. And one of these rules I saw that truly pissed me off is, "You should always aim for authenticity. Not originality..." or words to that effect. What nonsense! Surely, you need a balance of both.

With that in mind, of course authenticity has its importance. And when it comes to You Can Hear Chopin, I want to make sure the setting, a high society hotel, and the characters, members of the Third Reich high society, are as true to history as possible. So, while I've been working on Sin & Secrecy, listening to jazz, I occasionally see a German song that was popular in the Reich period. I don't listen to it, but I write down its title and the artist who wrote or sang it. This sort of music would have been enjoyed by some of my novel's characters, and played by the hotel's band in the evenings. Little details like this, I think, are what people should look at when they are assessing a novel's authenticity. 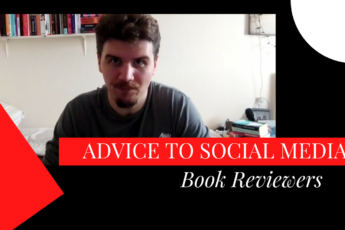 5 Tips for Staying Creative in Quarantine